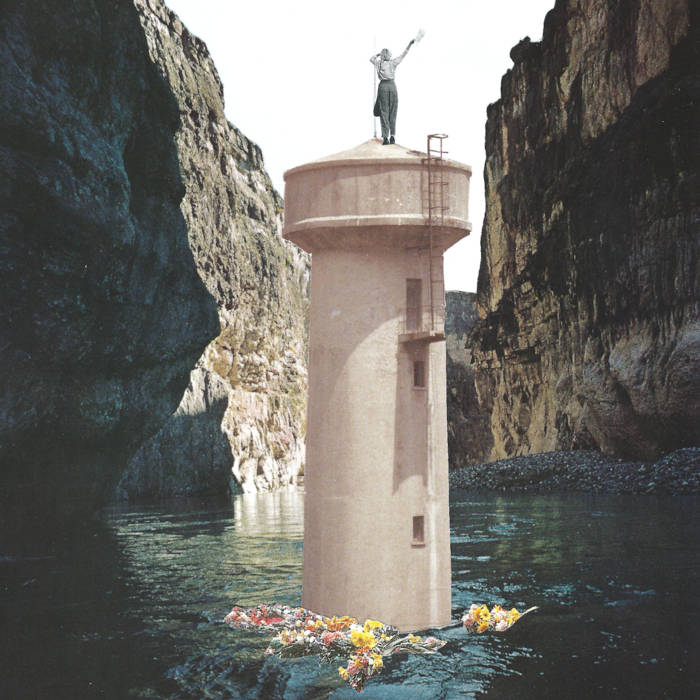 While the current trend in experimental music is towards hyper-prolificacy, the Netherlands ambient experimental duo Cisterns have taken their time on their debut album Diluvian. The result is an album that is as precise as it is spontaneous.
For Diluvian, the duo of Geert van der Velde and Chris van der Ploeg endlessly recorded guitar soundscape improvisations. Both come from a background of songcraft and playing in bands. “We’re singer-songwriters at heart,” says van der Ploeg. “But, Cisterns is a way for us to completely let go of song craft.” “Diluvian was created out of a pure joy for sound”, says van der Velde. And, he adds “Well that, and I’m a sucker for cool guitar pedals that make your guitar sound nothing like a guitar.” “Which, was another goal of ours with Cisterns: to create sounds with a guitar that sound nothing like a guitar”, adds van der Ploeg.
Once the duo felt they had enough material sonically to put together a cohesive album, they asked each other what imagery the compositions conjured up. “And, pretty quickly we were both gripped by the idea that these were the sounds of a post-flooded world. One where cities had disappeared underwater and the entire geography of the world had changed drastically,” says van der Ploeg. “Not so much in a catastrophic way but in an aesthetic way. Imagining a world post-great flood,” says van der Velde. “We know that sounds ominous,” says van der Ploeg, “But we were just really gripped by the idea.”
Of course once the concept had firmly asserted itself a lot of the compositions that they had made didn’t fit anymore. So, they went back to recording more material.
“It’s funny to think about, of course, that we chose to conceptualize an album about a great flood when the name for our project is Cisterns, a cistern being a water receptacle, something that is meant to contain water. But, I guess with both of us coming from the Netherlands -a small country in Europe which lies mostly below sea level, protected only by it’s natural dune coast and some incredible water engineering- it’s not so strange after all”, jokes van der Ploeg. “Somehow, in the Netherlands, I think subconsciously you’re just always aware of the sea’s presence and its devastating power”, adds van der Velde.

Bandcamp Daily  your guide to the world of Bandcamp